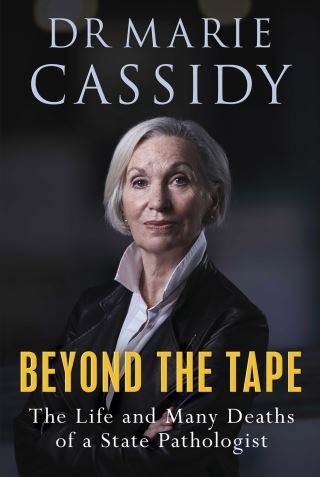 The Life and Many Deaths of a State Pathologist

In 1997, Dr Marie Cassidy arrived in Dublin from Glasgow. There to discuss a possible deputy state pathologist post with Professor John Harbison, instead she was whisked by police escort to a Grangegorman murder scene. There was no turning back.

She became Ireland's State Pathologist from 2004 until 2018, her image synonymous with breaking news of high-profile cases - a trusted figure in turbulent times.

Here, with the scalpel-like precision and calm authority of her trade, Marie shares her remarkable personal journey from working-class Scotland into the world of forensic pathology, describing in candid detail the intricate processes central to solving modern crime.

She recounts her work following the tragic deaths of Rachel O'Reilly, Siobhan Kearney, Robert Holohan, Tom O'Gorman and others - along with the Stardust exhumations and lesser known cases from her long career - outlining the subtle methods by which pathology and the justice system meet.

Beyond the Tape is a unique behind-the-scenes journey into the mysteries of unexplained and sudden death - by turns poignant, stark and deeply compelling.

Marie Cassidy became a forensic pathologist in 1985 following her training as a histopathologist.

She worked as a Consultant Forensic Pathologist in the Department of Forensic Medicine and Toxicology in Glasgow for the next thirteen years investigating unnatural deaths and homicides, from gangland shootings and stabbings, to drugs deaths, road traffic accidents and suicides.

In 1998 she returned to her family's homeland of Ireland as deputy state pathologist, working alongside Professor Jack Harbison. When he retired, she was appointed State Pathologist and, like her predecessor, her name became synonymous with murder and tragedy. In over thirty years of practice she has performed thousands of postmortems and dealt with hundreds of murders.

She has witnessed the burgeoning role of forensic science and the impact that has had on death investigation and the expectations of the general public, while embracing new technology and welcoming the input of experts in the other sciences. She retired at the end of 2018 to spend more time on the other passion in her life, her family. She lives in London.