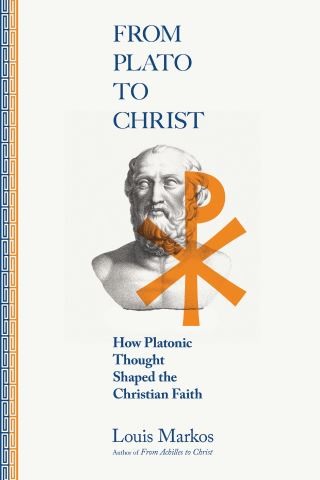 From Plato to Christ

What does Plato have to do with the Christian faith? Quite a bit, it turns out. In ways that might surprise us, Christians throughout the history of the church and even today have inherited aspects of the ancient Greek philosophy of Plato, who was both Socrates's student and Aristotle's teacher. To help us understand the influence of Platonic thought on the Christian faith, Louis Markos offers careful readings of some of Plato's best-known texts and then traces the ways that his work shaped the faith of some of Christianity's most beloved theologians, including Gregory of Nyssa, Augustine, Dante, and C. S. Lewis. With Markos's guidance, readers can ascend to a true understanding of Plato's influence on the faith.

Louis Markos: Louis Markos (PhD, University of Michigan) is professor of English and scholar in residence at Houston Baptist University. He is the author of many books, including Myth Made Fact: Reading Greek and Roman Mythology through Christian Eyes, Ancient Voices: An Insider's Look at Classical Greece, From Achilles to Christ: Why Christians Should Read the Pagan Classics, Atheism on Trial: Refuting the Modern Arguments Against God, On the Shoulders of Hobbits: The Road to Virtue in Tolkien and Lewis, and Restoring Beauty: The Good, the True, and the Beautiful in the Writings of C. S. Lewis.