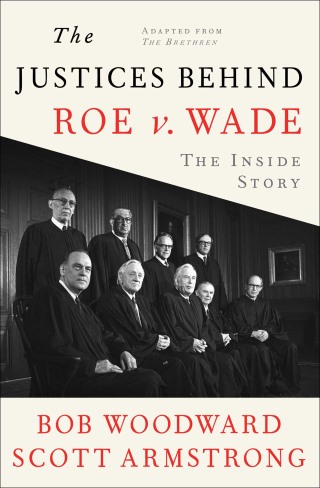 The Justices Behind Roe V. Wade

The Inside Story, Adapted from The Brethren

The Justices Behind Roe V. Wade offers a front-row seat to the inner workings of the Supreme Court that led to the monumental Roe v. Wade decision. Spanning from 1969 to 1972, Pulitzer Prize–winning author Bob Woodward and coauthor Scott Armstrong report on the masterful maneuvering and politicking that affected the court’s decisions and created obstacles for the landmark ruling. Abridged from the #1 bestseller The Brethren, this is an exquisite work of reporting on one of the most important rulings of the United States.

Bob Woodward: Bob Woodward is an associate editor at The Washington Post where he has worked for 50 years. He has shared in two Pulitzer Prizes, one for his Watergate coverage and the other for coverage of the 9/11 terrorist attacks. He has authored 20 national bestselling books, 14 of which have been #1 New York Times bestsellers.|||Scott Armstrong is executive director of the Information Trust. A former reporter for The Washington Post, he founded the National Security Archive and was a senior investigator for the Senate Watergate Committee.