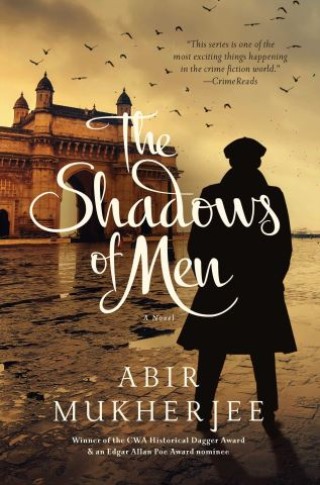 The Shadows of Men

When a Hindu theologian is found murdered in his home, the city is on the brink of all-out religious war. Can the officers of the Imperial Police Force—Captain Sam Wyndham and Sergeant “Surrender-Not” Banerjee—track down those responsible in time to stop a bloodbath?

Set at a time of heightened political tension, beginning in atmospheric Calcutta and taking the detectives all the way to bustling Bombay, the latest instalment in this remarkable series presents Wyndham and Banerjee with an unprecedented challenge. Will this be the case that finally drives them apart?

Abir Mukherjee: Abir Mukherjee is the author of the award-winning Wyndham & Banerjee series of crime novels set in Raj-era India. He has won the CWA Historical Dagger and the Wilbur Smith Award for Adventure Writing, and has been shortlisted for the CWA Gold Dagger, the HWA Gold Crown, and the Edgar Allan Poe Award. His novels include A Rising Man, A Necessary Evil, Smoke and Ashes, and Death in the East. Abir grew up in Scotland and now lives in Surrey, England.