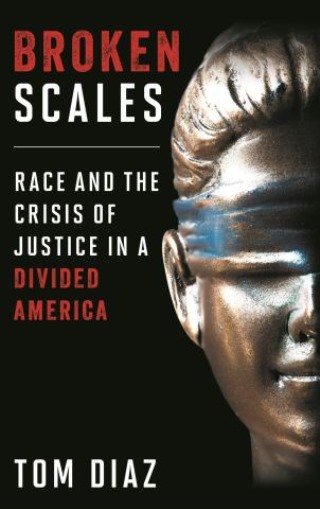 Race and the Crisis of Justice in a Divided America

Humans are a species that classifies. We arrange the flow of the things and events that we see and experience, place them into categories, and erect boundaries around those categories. Among the boundaries that we erect are those that we put around groups of “other” human beings. The evil side of human classification of other human beings is that we sometimes create false categories of other people, as is often the case in racial, ethnic, and religious stereotypes. This unmindful creation of empty categories of human characteristics is what happened during two periods crucial to the construction of race in America. This is racism.

The United States is in a period of deep cultural flux and conflict, much of it seen through the lens of race. Tom Diaz proposes that the everyday actions of ordinary people, in the context of extreme political and cultural polarization, distort the criminal justice system and betray the lofty ideals expressed in American founding documents and centuries of Anglo-American articulations of basic human rights. These everyday actions range across a spectrum from the armed intervention of private citizens in the forms of individual action, neighborhood watches, and citizen’s arrests, to the expectations imposed on law enforcement, in particular, and the criminal justice system in general.

Tom Diaz is a retired lawyer and former journalist who lives in the Washington, DC area. He has written five other non-fiction books and a number of monographs and articles about crime, terrorism, and firearms. He is a graduate of the University of Florida and of the Georgetown University Law Center.