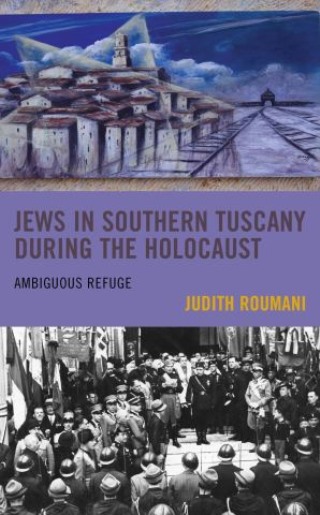 Jews in Southern Tuscany during the Holocaust

The province of Grosseto in southern Tuscany shows two extremes in the treatment of Italian and foreign Jews during the Holocaust. To the east of the province, the Jews of Pitigliano, a four hundred-year-old community, were hidden for almost a year by sympathetic farmers in barns and caves. None of those in hiding were arrested and all survived the Fascist hunt for Jews. In the west, near the provincial capital of Grosseto, almost a hundred Italian and foreign Jews were imprisoned in 1943–1944 in the bishop's seminary, which he had rented to the Fascists for that purpose. About half of them, though they had thought that the bishop would protect them, were deported with his knowledge by Fascists and Nazis to Auschwitz. Thus, the Holocaust reached into this provincial corner as it did into all parts of Italy still under Italian Fascist control. This book is based on new interviews and research in local and national archives.

Judith Roumani is founder and director of the Jewish Institute of Pitigliano.