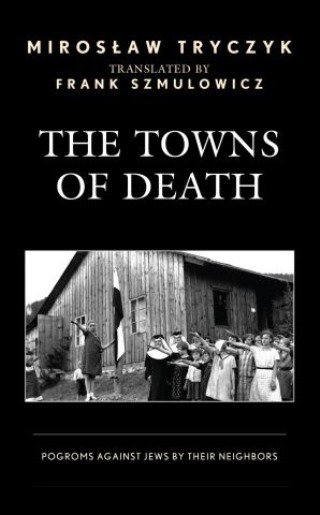 The Towns of Death

Pogroms Against Jews by Their Neighbors

The Towns of Death relies on witness reports from survivors, bystanders, and the murderers themselves as found in court testimonies to describe the pogroms of Jews in Eastern Poland in 1941–1942 perpetrated by their Polish neighbors. The author demonstrates the pivotal role of the Catholic clergy and individual priests, the intellectual classes, and political circles in perpetuating anti-Semitism, often leading to the murder of thousands of Polish Jews.

Mirosław Tryczyk holds a PhD in humanities and is the author of Między imperium a świętą Rosją (Between the Empire and Holy Russia).

Frank Szmulowicz is a theoretical condensed matter physicist and a fellow of the American Physical Society (APS) and of the International Society for Optics and Photonics (SPIE). He has translated Russian scientific journals into English for the American Institute of Physics and has done freelance Polish-English translations in a wide variety of subjects.