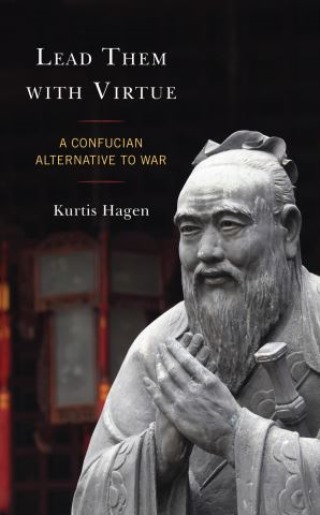 Lead Them with Virtue

A Confucian Alternative to War

Recent scholarship has framed early Confucians as just war theorists with relatively permissive criteria for the just use of violence. Lead Them with Virtue: A Confucian Alternative to War makes the case that such interpretations conflict with what Mencius and Xunzi were trying to do. Kurtis Hagen argues that they both strove to prevent war by contrasting the situations of their day with idealized versions of the semi-mythic activities of sage-kings, which represent appropriate use of the military. These stories imply support for the offensive use of the military only when actual war—with its characteristic horrors—would not ensue. Following this logic, military interventions are just only in circumstances that do not actually occur. Confucians advocate, instead, a long-term strategy of ameliorating unjust circumstances by leveraging the credibility and influence that stems from consistently practicing genuinely benevolent governance. Passages that imply pacifistic readings of these texts are routinely dismissed by scholars as too naïve to be taken seriously. Hagen argues that the relatively pacifistic position implied by these passages is not in fact naïve, but is rather reasonable, and indeed should be supported, at least by contemporary Confucians.

Kurtis Hagen is an independent scholar and former associate professor and chair of the philosophy department at SUNY Plattsburgh.