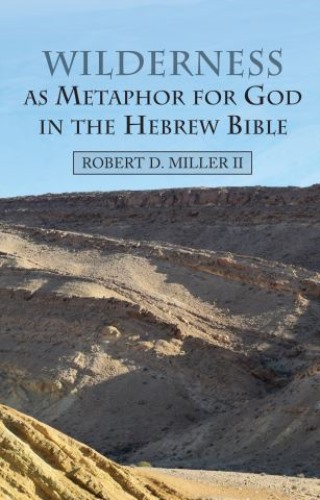 Wilderness as Metaphor for God in the Hebrew Bible

The ancient Israelite authors of the Hebrew Bible were not philosophers, so what they could not say about God in logical terms, they expressed through metaphor and imagery. To present God in His most impenetrable otherness, the image they chose was the desert. The desert was Ancient Israel's southern frontier, an unknown region that was always "elsewhere": "from that elsewhere, God has come"—"God came from the South" (Hab 3:3); "God, when you marched from the desert" (Ps 68:8); "from his southland mountain slopes" (Deut 33:2). Robert Miller explores this imagery, shedding light on what the biblical authors meant by associating God with deserts to the south of Israel and Judah. Biblical authors knew of its climate, flora, and fauna, and understood this magnificent desert landscape as a fascinating place of literary paradox. This divine desert was far from lifeless, its plants and animals were tenacious, bizarre, fierce, even supernatural. The spiritual importance of the desert in a biblical context begins with the physical elements whose impact cognitive science can elucidate. Travelers and naturalists of the past two millennia have experienced this and other wildernesses, and their testimonies provide a window into Israel's experience of the desert. A prime focus is the existential experience encountered. Confronting the desert's enigmatic wildness, its melding of the known and unknown, leads naturally to spiritual experience. The book's panoramic view of biblical spirituality of the desert is illustrated by the ways spiritual writers—from Biblical Times to the Desert Fathers to German Mysticism—have employed the images therefrom. Revelation and renewal are just two of many themes. Folklore of the Ancient Near East, and indeed elsewhere, that deals with the desert / wilderness archetype has been explored via Jungian psychology, Goethean Science, enunciative linguistics, and Hebrew philology. These 'philosophies' contribute to this exploration of the Hebrew Bible's desert metaphor for God.

Robert Miller: Robert Miller is a Secular Franciscan and Ordinary Professor of Old Testament at The Catholic University of America in Washington, DC. With a PhD from the University of Michigan, he has taught and written widely on the social, cultural, and intellectual history of Ancient Israel. He is a Research Affiliate of the Faculty of Theology of the University of Pretoria and a Life Member ofSt John's College, Cambridge.