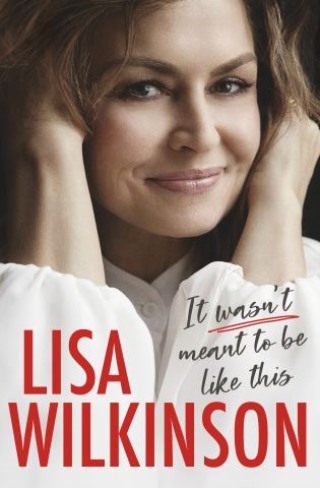 The long-awaited autobiography from one of Australia's most popular, much-loved and enduring media stars, Lisa Wilkinson.


Lisa Wilkinson has lived much of her life in the public eye. One of Australia's most respected journalists and media personalities, her warm, intelligent and elegant presence has graced our television screens for many years, where she has shared, shaped and even shifted many important national conversations. But it all could have been so different ...

Subjected to horrific bullying as a teenager, Lisa survived by making herself as small as possible. But she swore when she left school that no one was ever again going to determine who she was - or limit what she was capable of. That determination and drive led to Lisa blazing an unprecedented and enormously successful trail through the Australian media and cultural landscape for more than four decades.

An early ground-breaking career in publishing - at 21, Lisa was the youngest editor ever appointed to take charge of a national magazine, Dolly, before spending ten years as editor of the iconic Cleo magazine - then led to a stunning television success story. This included spending more than a decade as co-host of the Nine Network's Today show, before she caused a media storm across Australia and the world on the issue of the gender pay gap, when she moved to the Ten Network as co-host of its prime-time award-winning program The Project.

It Wasn't Meant to Be Like This is the story of how a young girl from Sydney's western suburbs came to be such a force in Australian cultural life. It is a story that is honest, funny, engaging - and powerfully inspirational.

'Told with humour and a 'did this really happen to me' relatability ... generous and gracious' The Daily Telegraph

Co-host of The Project and executive editor of Ten Daily, Lisa Wilkinson is one of Australia's most well-known, admired and respected media identities. An early ground-breaking publishing career - Lisa was the youngest-ever editor of a national magazine, Dolly, at the age of twenty-one, then spent ten years as editor of the iconic and bestselling Cleo magazine - led to a stunning television success story for one of Australia's most accomplished journalists. Following over a decade as co-host of the Nine Network's Today Show, in 2017, Lisa accepted a new challenge by agreeing to join the Ten Network as host of its prime-time award-winning news and current affairs program, The Project. Lisa is married to journalist and best-selling author Peter FitzSimons. They have three children.