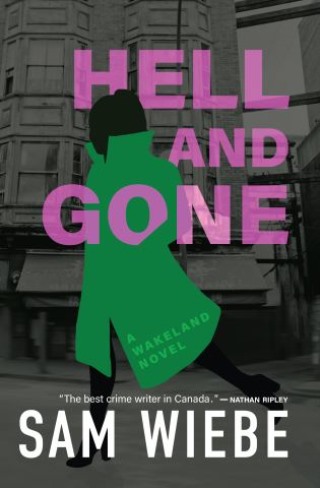 A captivating new thriller in the Wakeland detective series that explores the depths of Vancouver’s criminal underworld.

Caught between the grimy and glittering sides of Vancouver’s streets, private investigator Dave Wakeland tries to keep his head down at the elite security firm he owns with partner Jeff Chen. But when masked men and women storm an ordinary-looking office building in Chinatown, leaving a trail of carnage, Wakeland finds himself caught up in a mystery that won’t let him go, as hard as he tries to elude it.

The police have a vested interest in finding the shooters, and so does the leader of the Exiles motorcycle gang. Both want Wakeland’s help. The deeper he investigates, the more connections he uncovers: to a reclusive millionaire with ties to organized crime, an international security company with a sinister reputation, and a high-ranking police officer who seems to have a personal connection to the case. When the shooters themselves start turning up dead, Wakeland realizes the only way to guarantee his own safety, and that of the people he loves, is by finding out who hired the shooters and why.

What Wakeland uncovers are secrets no one wants known—a botched undercover operation, an ambitious gangster and a double-crossing killer who used the shooting to cover up another crime. With a setup like this, anything can go wrong, and does. Skill and luck are needed for Wakeland and Chen to emerge with the killers, the money and their own lives.

Sam Wiebe is the award-winning author of the Wakeland novels, one of the most authentic and acclaimed detective series in Canada, including Invisible Dead and Cut You Down (Random House, 2016 and 2018). Wiebe’s other books include Never Going Back (Rapid Reads, 2020), Last of the Independents (Dundurn, 2014) and the Vancouver Noir anthology (Akashic Books, 2018), which he edited. He lives in New Westminster, BC.