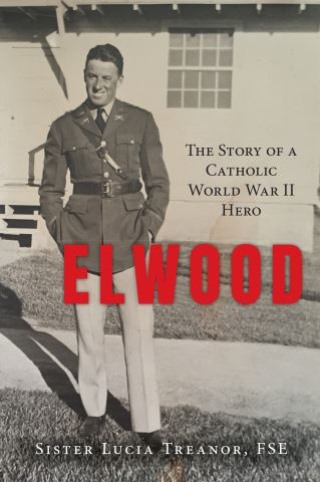 The Story of a Catholic World War II Hero

Elwood Euart was born in 1914 in Pawtucket, Rhode Island, the second of seven children in a faithful Catholic family. Athletic, responsible, and likeable, Elwood was just an ordinary guy growing up in the 1920s and ’30s. He had his share of victories and defeats, accomplishments and setbacks, joys and heartaches. He went to Mass, helped his family, went to college, embarked on a military career, and advanced to the rank of captain in the U.S. Army.

On October 26, 1942, in the South West Pacific Theatre of World War II, he and over 5,000 troops were aboard the SS President Coolidge when it struck two American mines while approaching a naval base. Those who were able to make it safely to shore watched as Elwood risked his life by returning to the vessel to save the remaining men on board. After rescuing the men from the infirmary unit, he was unable to escape and went down with the ship.

Sister Lucia Treanor, a direct relative of Elwood, tells of his extraordinary heroism in the face of danger. But Elwood: The Story of a Catholic World War II Hero is more than that — it is the story of true faith and real virtue, born of a love for God and others, which gave the young Captain Euart the fortitude to do what was needed when the time came.

Sister Lucia Treanor, FSE, earned a doctorate in comparative literature from the City University of New York. She currently teaches writing at The Catholic University of America in Washington, DC. The author of several books, articles, and academic essays in a variety of Catholic and secular publications, she is related to Captain Elwood Euart via her mother, Lucy Casey McCaffrey, who is his cousin.