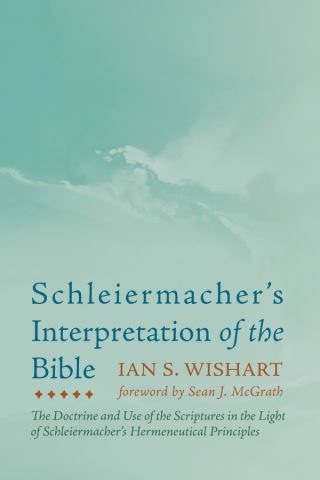 Schleiermacher’s Interpretation of the Bible

Schleiermacher was a preacher, a clergyman of the Reformed Church in Germany, based in Berlin. He was also a popular author and teacher. Karl Barth described him first as a pastor, then a professor, and last of all a philosopher. He was controversial and remains controversial in all of these roles. He remains a seminal thinker, a pioneer in seeking to make Christianity speak with a modern voice. He addressed nineteenth-century Germany. He raised issues relevant to the twenty-first century. His best known works are On Religion: Speeches to its Cultured Despisers (1799) and The Christian Faith (1822), but little attention has been paid to his sermons, although he preached regularly to large congregations for over thirty years. This book is a glimpse at Schleiermacher in the pulpit.

Ian S. Wishart: Ian S. Wishart discovered Schleiermacher in Germany as a student on a World Council of Churches Scholarship. Raised in Toronto, he studied at universities there, in Scotland, and in Germany. A minister of the Presbyterian Church in Canada, he served in Saskatchewan, Ontario, and Newfoundland. Schleiermacher was among the preachers who influenced him: Stuart Parker and Stanley Glen in Canada, James Stewart in Scotland, Reinhold Niebuhr in the United States, Alan Boesak of South Africa. The teachung of these echo the tradition of thought from Augustine to Luther and Calvin, now followed by Karl Barth. Schleiermacher emphasized that Christianity depends upon preaching. This book was originally a study for Knox College, Toronto.