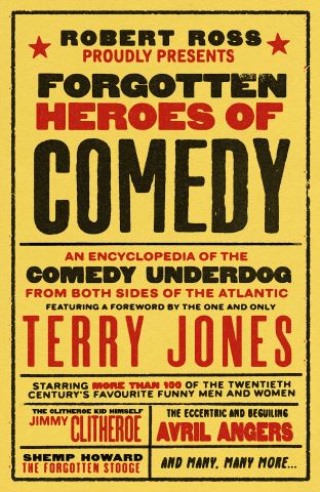 An Encyclopedia of the Comedy Underdog

Robert Ross: Robert Ross is the leading authority on the history of British comedy. His sixteen books include The Monty Python Encyclopedia, The Carry On Story, Sid James – Cockney Rebel, The Complete Terry-Thomas and official BBC celebrations of Fawlty Towers, Last of the Summer Wine and Steptoe and Son. His latest book is a critically-acclaimed biography of Marty Feldman. He is a frequent guest on radio and his many television credits include interviews for What's A Carry On?, Top Ten: Comedy Records, Will the Real Basil Fawlty Please Stand Up?, What the Pythons Did Next, Richard & Judy and BBC News. He lives in Buckinghamshire. www.robertross.co.uk