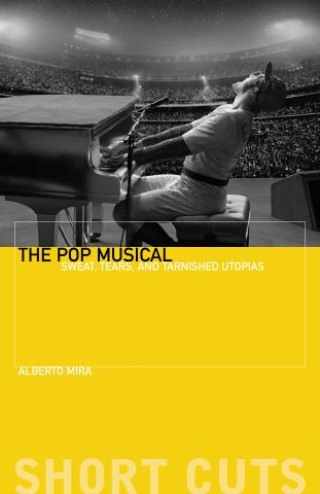 After Hollywood and Tin Pan Alley’s iron grip on the movie musical began to slip in the face of pop’s cultural dominance, many believed that the musical genre entered a terminal decline and finally wore itself out by the 1980s. Though the industrial model of the musical was disrupted by the emergence of pop, the Hollywood musical has not gone extinct. Many Hollywood productions from the 1960s to the present have revisited the forms and conventions of the classic musical—except instead of drawing from showtunes and jazz standards, they employ the styles and iconography of pop.

Alberto Mira offers a new account of how pop music revolutionized the Hollywood musical. He shows that while the Hollywood system ceased producing large-scale traditional musicals, different pop strains—disco, rock ’n’ roll, doo-wop, glam, and hip-hop—renewed the genre, giving it a new life. While the classical musical presented a world light on conflict, defined by theatricality and where effortless talent can shine through, the introduction of pop spurred musicals to address contemporary social and political conditions. Mira traces the emergence of a new set of themes—such as the painful hard work depicted in Dirty Dancing (1987); the double-edged fandom of Velvet Goldmine (1998); and the racial politics of Dreamgirls (2006)—to explore why the Hollywood musical has found renewed relevance.

Alberto Mira: Alberto Mira is reader in film studies at Oxford Brookes University. He is the editor of The Cinema of Spain and Portugal (Wallflower, 2005) and the author of the Historical Dictionary of Spanish Cinema, second edition (2019), as well as several Spanish-language books.