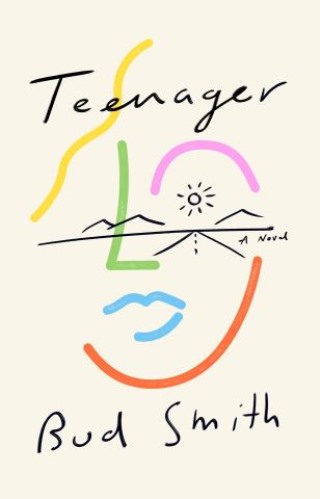 Two teenagers, in love and insane, journey across the United States in this Bonnie and Clyde–like adventure, pursuing a warped American dream, where Elvis is still king and the corn dog is the “backbone of this great country.”

“There is a typo on page 14. Other than that, this book is perfect.” —Bill Callahan

“He told her he was a one-woman man and she was it for him. Teal said that was good because he was it for her. It and It. Both of them were It.”

Kody Rawlee Green is stuck in juvie. Tella “Teal Cartwheels” Carticelli is packing her bags for Rome--on the orders of her parents, who want her as far from Kody as possible. But teenage love is too strong a force for the obstacles of reality. And the highway beckons.

Leaving their abusive pasts behind them in Jersey, Kody and Teal set off on a cross-country road trip equal parts self-destruction and self-discovery, making their way, one stolen car at a time, toward bigger, wider, bluer skies. Along the road, of course, there’s time to stop at Graceland, classic diners, a fairgrounds that smells of “pony shit and kettle corn," and time for run-ins with outsize personalities like the reincarnated Grand Canyon tour guide Dead Bob and the spurious Montana rancher Bill Gold. On their heels, all the while, is Teal’s brother, Neil Carticelli, who’s abandoned his post in the navy to rescue the sister he left behind. But does she really need saving?

These all too American tropes find new expression in Bud Smith’s own freewheeling prose—and in Rae Buleri’s original illustrations—filling Teenager with humor, poetry, and a joy that’s palpable in every unforgettable sentence.