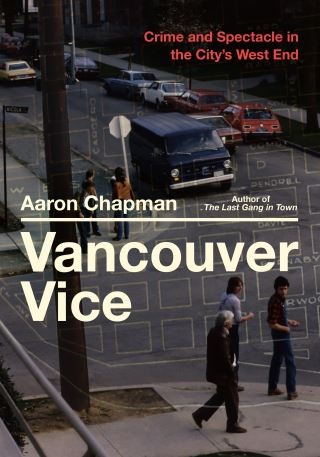 Crime and Spectacle in the City’s West End

The late 1970s and early 1980s were a volatile period in the history of Vancouver, where broad social and cultural changes were afoot. This was perhaps most clearly evident in the West End, the well-known home to the city's tight-knit gay community that would soon be devastated by the AIDS epidemic. But the West End’s tree-lined streets were also populated by sex workers, both female and male, who fought a well-publicized turf war with residents. This, combined with a rising crime rate, invited the closer attention of the Vancouver police, including its vice squad. But after a body was found dumped in nearby Stanley Park, it was discovered that the victim’s high-profile connections reached far beyond the streets and back alleys of the West End, making for one of the most shocking investigations in Vancouver history, with secrets long held, and never fully told until now.

Vancouver Vice reveals the captivating beating heart of a neighborhood long before the arrival of gentrifying condo towers and coffee bars. Part murder mystery, investigative exposé, and cultural history, this book transports readers back to a grittier, more chaotic time in the city, when gambling dens prevailed, police listened in on wire taps, and hustlers plied their trade on street corners. With warm regard and a whiff of nostalgia, Vancouver Vice peers behind the curtain to examine how the city once indulged in its vices, and at what cost.

Aaron Chapman: Aaron Chapman is a writer, historian, and musician with a special interest in Vancouver's entertainment history. His previous books are Vancouver after Dark: The Wild History of a City's Nightlife, winner of the Bill Duthie Booksellers' Choice Award in 2020; The Last Gang in Town, the story of Vancouver's Clark Park Gang; Liquor, Lust, and the Law, the story of Vancouver's Penthouse Nightclub, now available in a second edition; and Live at the Commodore, a history of the Commodore Ballroom that won the Bill Duthie Booksellers’ Choice Award in 2015. In 2020 he was elected as a member of the Royal Historical Society.