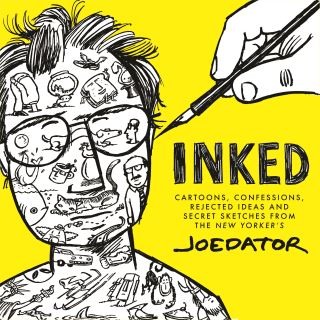 Famed, Award-Winning New Yorker Cartoonist: Joe Dator has been a cartoonist for The New Yorker since 2006, and has also contributed to MAD magazine and Esquire. He is a winner of The National Cartoonists Society’s 2018 Silver Reuben Award and has been featured in two documentaries about the cartoonists of The New Yorker, including one for HBO.

Exclusive Cartoon Access: Fans of The New Yorker will love the intriguing inside look at more than 150 cartoons, including this cartoonist’s rejected ideas and private sketches, which can’t be seen anywhere else.

Engaging Storytelling and Humor: Dator takes readers through the creative process with compelling commentary as he reveals how a spark of imagination becomes a witty and noteworthy single image and caption.

Joe Dator: Joe Dator is an award-winning veteran New Yorker cartoonist, as well as a contributor to MAD Magazine and Esquire. He has been featured in two documentaries about the cartoonists of The New Yorker, including one for HBO, and has been profiled in a video by The Atlantic. He lives in New York.