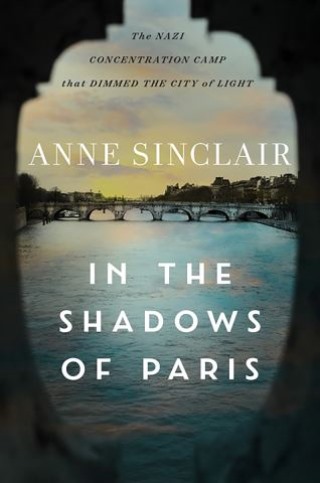 In the Shadows of Paris: The Nazi Concentration Camp that Dimmed the City of Light

A personal journey into a family’s history gradually becomes a historical investigation into the lesser known tragedy of the Nazi’s mass arrests of prominent French Jews and their imprisonment at the “camp of slow death” just fifty miles from Paris.

“This story has haunted me since I was a child,” begins Anne Sinclair in a personal journey to find answers about her own life and about her grandfather’s, Léonce Schwartz. What her tribute reveals is part memoir, part historical documentation of a lesser known chapter of the Holocaust: the Nazi’s mass arrest, in French the word for this is rafle and there is no equivalent in English that captures the horror, on December 12, 1941 of influential Jews—the doctors, professors, artists and others at the upper levels of French society—who were then imprisoned just fifty miles from Paris in the Compiegne-Royallieu concentration camp. Those who did not perish there, were taken by the infamous one-way trains to Auschwitz; except for the few to escape that fate. Léonce Schwartz was among them.

Anne Sinclair: Anne Sinclair was born in New York City and then moved to France with her family as a young girl, where she rose to fame in part due to her family’s prominence in the world of art collecting, but also due to her beauty and social grace which led her to serve as the model on which statues of Marianne, the national emblem of France, were sculpted. From 1984 to 1997 she was host of France’s enormously popular Sunday night news-talk show “7 sur 7”, during which time she interviewed many world figures including Bill Clinton, Mikhail Gorbachev, Shimon Peres, Hillary Clinton, and Prince Charles, as well as celebrities. More recently, she founded the Huffington Post in France. She is the author of numerous bestsellers on politics in France and is sought-after for commentary on international current events, Jewish culture, and fine art.