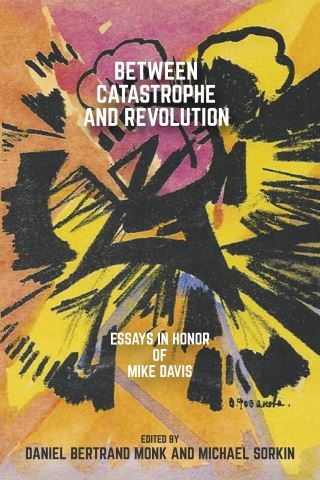 Between Catastrophe and Revolution

Essays in Honor of Mike Davis

It is all worse than we think. It is even worse than Mike Davis, for whom “every day is judgment day” (The Nation), could have imagined. The contributions to this volume are explorations of what Davis—in typical wry fashion—once referred to as the field of “disaster studies.” Collectively, they show how our “disaster imaginary” has been rendered inadequate by the existing order’s ability to feed off and coopt our resistance to it.

Contemporary mass protests are now subsumed as instances of an established, profitable politics of rage. Geopolitical conflict poses not as a threat to hegemonic power but rather serves the interests of a global market which capitalizes on lucrative, permanent war. Climate change itself, if it was ever thought to be a universalizing phenomenon, is now treated as an extensive market opportunity by global risk insurance conglomerates and predatory lenders who bet against any rescue of the planet.

Such catastrophic developments resist the language we use to describe and deconstruct them. The contributions to this volume seek to reimagine our understanding of disaster, and, following the example of Davis himself, to refuse outdated models of political transcendence as vigorously as they reject narratives of resignation.