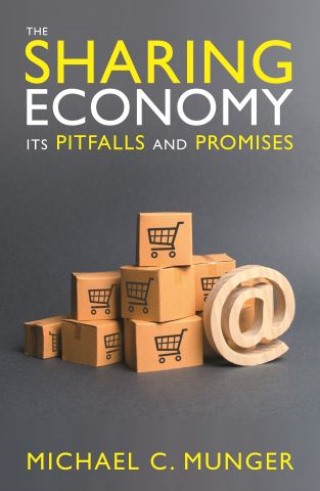 The Sharing Economy: Its Pitfalls and Promises

Transactions have always taken place. For hundreds of years that ‘place’ was a market or, more recently, a shopping mall. But in the past two decades these physical locations have increasingly been replaced by their virtual counterparts – online platforms. Here, author Michael C. Munger demonstrates how these platforms act as matchmakers or middlemen, a role traders have adopted since the very first exchanges thousands of years ago. The difference today is that the matchmakers often play no direct part in buying or selling anything – they just help buyers and sellers find each other. Their major contribution has been to reduce the costs of organising and completing purchases, rentals or exchanges. The Sharing Economy: Its Pitfalls and Promises contends that the key role of online platforms is to create reductions in transaction costs and it highlights the importance of three ‘Ts’ - triangulation, transfer and trust – in bringing down those costs.

Michael C. Munger: Michael Munger is a researcher and administrator at Duke University in North Carolina. He is a senior research fellow at the Independent Institute in Oakland, California, and at the American Institute for Economic Research at Great Barrington, Massachusetts. He has taught at Dartmouth College, the University of Texas, and the University of North Carolina. His published research has covered spatial theory, political decision-making and the problem of voluntary exchange. His most recent book, Is Capitalism Sustainable?, was published in 2019 by the American Institute for Economic Research. He is a past editor of the journal Public Choice, as well as a past president of the Public Choice Society. His first professional position was as a staff economist at the US Federal Trade Commission. He received his PhD in economics at Washington University in 1984.