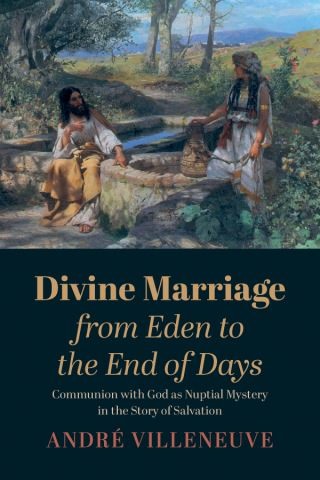 Divine Marriage from Eden to the End of Days

Communion with God as Nuptial Mystery in the Story of Salvation

In Divine Marriage from Eden to the End of Days, Andre Villeneuve explores the mystery of God's love in the Bible and ancient Jewish tradition. Scripture portrays the covenant between God and his people as a divine-human marriage spanning through all of human history. For the ancient Jewish interpreters, God married humanity at the dawn of creation in the Garden of Eden; but the union was broken by human sin. The Lord restored the relationship when he betrothed Israel at Mount Sinai; yet the covenant was wounded again with the transgression of the golden calf. The nuptial bond was healed anew, commemorated, and reenacted through liturgical worship in Israel's tabernacle and temple. This worship in God's "nuptial chamber," in turn, anticipated the ultimate fulfillment of the divine-human marriage in the messianic age at the end of history. The first part of the book explores the marriage through Israel's biblical history in light of ancient Jewish exegesis. The second part unveils the marriage in the ancient interpretation of the Song of Songs and in wisdom literature. The third part reveals how the same symbolism is taken up in the New Testament and applied to the marriage between Christ and the Church.

André Villeneuve: André Villeneuve Associate Professor of Old Testament and Biblical Languages at Sacred Heart Major Seminary in Detroit. He holds an MA in theology from Franciscan University of Steubenville, a PhD in religious studies from the Hebrew University of Jerusalem, and a Licentiate in Sacred Scripture from the Pontifical Biblical Commission. He is the author of Nuptial Symbolism in Second Temple Writings, the New Testament, and Rabbinic Literature (2016).