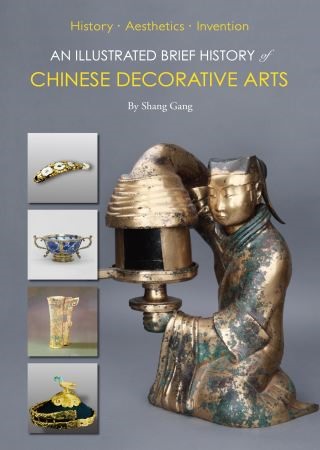 The Chinese decorating art, in myriad media—bronze, ceramics, silk, embroidery, lacquer, jade, enamel, gold, and silver—and of carving and sculpture, is an ageless tradition of exquisite craftsmanship. Its evolution since ancient times was driven not only by the expanding use of materials available, but advances in technology. The understated elegance of Chinese aesthetics in arts and crafts, both functional and decorative, has in many ways influenced the development of the Chinese cultural identity, becoming emblematic of Chinese civilization in its worldwide dispersion. This concise history, complete and lucidly accessible, captures this millennia-old tradition, from the Neolithic Age to the late Qing when the last imperial reign unraveled, and the rise and evolution of its various forms, tracing the chronology of Chinese dynasties. Well researched and richly illustrated with more than 200 artefacts, it offers a fascinating journey through the evolution of Chinese aesthetics in the context of changing societies, reflecting the underlying qualities of the Chinese mind and a cultural heritage that endured uninterruptedly through millennia.

Gang Shang: Shang Gang is a professor at the Academy of Arts and Design, Tsinghua University. He specializes in research and teaching on the history of Chinese decorative arts, with a focus on the thousand-year period from the Northern and Southern dynasties (AD 420-589) to the Yuan dynasty (AD 1271-1368), and is the author of several published books on the subject.