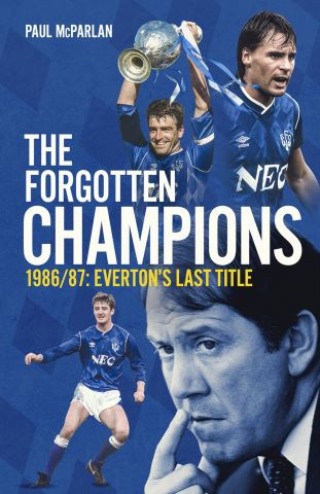 The Forgotten Champions vividly recounts Everton's remarkable 1986/87 title win, a feat that tested Howard Kendall's managerial skills to the limit. Lifelong Everton fan and experienced football writer Paul McParlan draws on personal recollections, extensive research and interviews with key team members - Alan Harper, Paul Power and captain Kevin Ratcliffe - to recreate that dramatic season. The book recalls the decisive and emphatic match-winning sequences over Christmas 1986 and Easter 1987 when Everton exhibited some of the most exhilarating football ever produced by an English team. Against all odds, an injury-ravaged Everton side deprived of so many key players for large chunks of the campaign were crowned league champions for the ninth time. It was a magnificent achievement. To date, it is the club's last title. With his unrivalled knowledge of 1986/87, Paul brings that incredible season to life in all its glory in this fascinating, page-turning account.