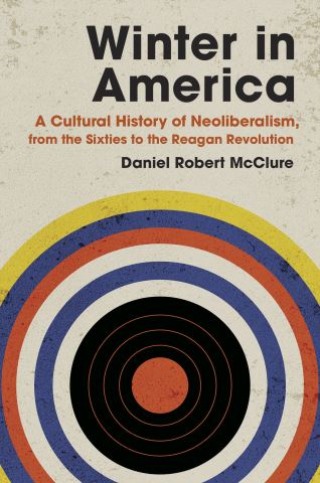 A Cultural History of Neoliberalism, from the Sixties to the Reagan Revolution

Neoliberalism took shape in the 1930s and 1940s as a transnational political philosophy and system of economic, political, and cultural relations. Resting on the fundamental premise that the free market should be unfettered by government intrusion, neoliberal policies have primarily redirected the state's prerogatives away from the postwar Keynesian welfare system and toward the insulation of finance and corporate America from democratic pressure. As neoliberal ideas gained political currency in the 1960s and 1970s, a&8239;reactionary cultural turn&8239;catalyzed their ascension. The cinema, music, magazine culture, and current events discourse of the 1970s provided the space of negotiation permitting these ideas to take hold and be challenged.

Daniel Robert McClure's book follows the interaction between culture and economics during the transition from Keynesianism in the mid-1960s to&8239;the&8239;triumph of&8239;neoliberalism at the dawn of the 1980s. From the 1965 debate between William F. Buckley and James Baldwin, through the pages&8239;of BusinessWeek and Playboy, to the rise of exploitation cinema in the 1970s, McClure tracks the increasingly shared perception by white males that they had "lost" their long-standing rights and that a great neoliberal reckoning might restore America's repressive racial, sexual, gendered, and classed foundations in the wake of&8239;the 1960s.