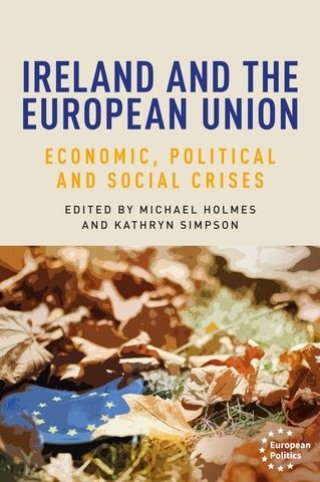 Ireland and the European Union

This book examines how Ireland’s relationship with the EU was affected by a succession of crises in both the Republic of Ireland and Northern Ireland. The financial crisis, the Brexit crisis and the migration crisis were not of equal significance on the island of Ireland. The financial crisis was a huge issue for the Republic but not Northern Ireland, Brexit had a major impact in both polities, the migration and populism issues were less controversial, while foreign policy challenges had a minimal impact. The book provides a summary of the main features of each of the crises to be considered, from both the EU and the Irish perspective. Ireland and the European Union is the first volume of its kind to provide a comprehensive analysis on British–Irish relations in the context of Brexit. It assesses the Withdrawal Agreement and Protocol on Ireland/Northern Ireland, the devolution settlement and the 1998 Agreement, as well as the European dimension to Northern Ireland’s peace process. The contributors explore a number of policy areas that are central to the understanding of each of the crises and the impact of each for Ireland. Chapters examine issues such as security, migration and taxation as well as protest politics, political parties, the media, public opinion and the economic impact of each of these crises on Ireland’s relationship with the EU.