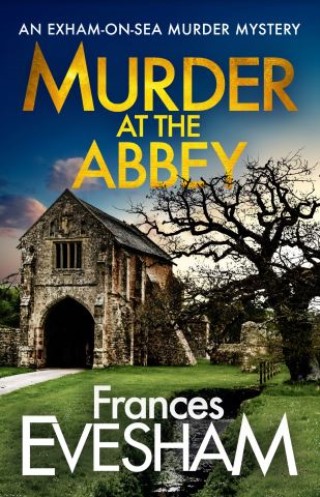 Murder at the Abbey

The Brand NEW instalment in the bestselling Exham-on-Sea series.An unsolved murder echoes down the corridors of Cleeve Abbey for years. The Exham-on-Sea’s History Society's annual summer picnic comes to an abrupt end when human bones are discovered in Washford River, beside historic Cleeve Abbey.
Thrilled to find evidence of a possible centuries-old murder mystery, the members of the society organise a ghost-hunting night in the ruins of Cleeve Abbey, despite amateur sleuth Libby Forest's reservations.
Libby is a woman of many talents, a baker, chocolatier, even a reluctant sleuth, but she's no fan of the supernatural.and her doubts are justified when a friend is attacked under cover of darkness at the ghost-hunt.
Distressed and angry, Libby sets out with her new husband Max and their two dogs Bear and Shipley to uncover the connection between the murder of a sixteenth century monk and a present-day attack in picturesque Somerset.
With friends and neighbours as suspects, Libby and Max close in on the culprit only to find that others are still in danger.
There's no time to lose as the sins of the past threaten lives in the community.

Murder at the Abbey is the eighth in a series of Exham-on-Sea Murder Mysteries from the small English seaside town full of quirky characters, sea air, and gossip.

Frances Evesham is the author of the hugely successful Exham-on-Sea mysteries
set in her home county of Somerset. Boldwood has republished the complete series. Frances has also started a new cosy crime series set in rural Herefordshire, the first of which was published in June 2020.