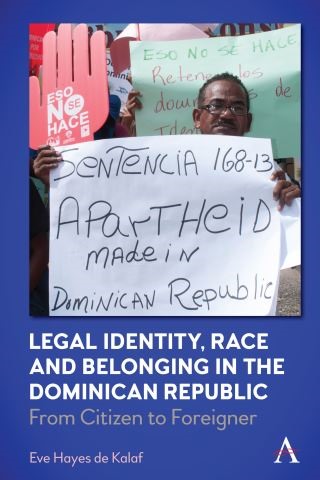 Legal Identity, Race and Belonging in the Dominican Republic

From Citizen to Foreigner

This book offers a critical perspective into social policy architectures primarily in relation to questions of race, national identity and belonging in the Americas. It is the first to identify a connection between the role of international actors in promoting the universal provision of legal identity in the Dominican Republic with arbitrary measures to restrict access to citizenship paperwork from populations of (largely, but not exclusively) Haitian descent. The book highlights the current gap in global policy that overlooks the possible alienating effects of social inclusion measures promulgated by international organisations, particularly in countries that discriminate against migrant-descended populations. It also supports concerns regarding the dangers of identity management, noting that as administrative systems improve, new insecurities and uncertainties can develop. Crucially, the book provides a cautionary tale over the rapid expansion of identification practices, offering a timely critique of global policy measures which aim to provide all people everywhere with a legal identity in the run-up to the 2030 UN Sustainable Development Goals (SDGs).