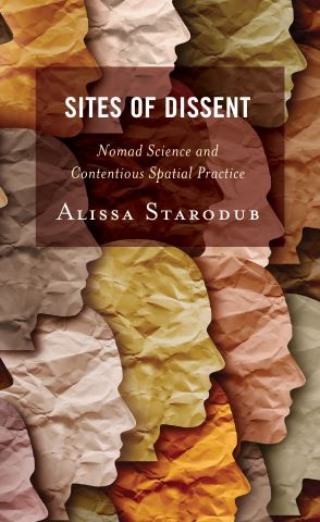 Contemporary articulations of dissent to social order and its production of truth cannot be ignored any longer. Hamburg, during the G20 gathering, Washington D.C. on the day of Trump’s inauguration, the squares and streets of Paris and Tunis at the end of 2018. Public space is temporarily taken by those who rise against the powers that keep structural oppression and social order in its place. Not only riots, collective social centres, protest camps and temporary as well as permanent occupations of lands and buildings are other, utopian spatial alternatives created by autonomous social movements to prefigure a horizontal social organisation.

This book discusses spatial practices of autonomous social movements, the movements who “see their everyday experiences and creations as the revolution they are making”, together with these movements and in taking the diversity of their articulations into account. Sites of Dissent is thus the story of a daring attempt to create research for radical transformation which requires a radical transformation of research practices. During this attempt, methodological rules of scientific research are broken, methodological heresy and wild experimentation with research practices take place.

Sites of Dissent aims at opening new possibilities of including diverse ways of knowing and speaking into a collective knowledge creation process, at overcoming the individualised isolation in which the researcher produces knowledge about the outside world; and it aims to create a space for collective learning about spatial practices of autonomous social movements, to learn with and from the movements.

Alissa Starodub: Alissa Starodub is a Graduate Researcher at the Institute for Social Movements (Ruhr-Universität Bochum) and employs participatory action research in her fieldwork on spatial appropriations of autonomous social movements. Alissa has participated in grassroots writing projects with a participatory perspective on social movement practices and is interested in collective publishing including academics and practitioners.