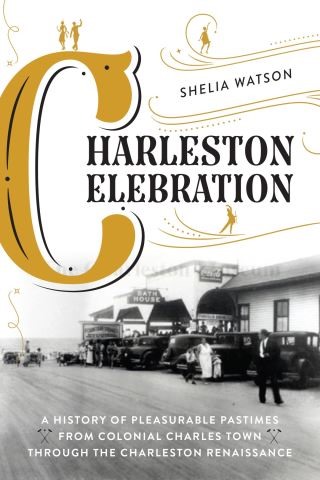 A century before Boston became been the birthplace of the American Revolution, Carolina Colony was the birthplace of entertainment and leisure activities in Colonial America. Building a civilized city in the uncultivated New World was hard work, but Southern settlers made sure to leave time for life’s lighter pursuits. Every aspect of the port city elicited pleasure, from the architecture to the magnificent parks and manicured gardens. Throughout the Civil War, Reconstruction, and the Great Depression, Charleston and other seaside towns along South Carolina’s coast were fertile ground for art, music, and opportunity. It’s no wonder the region has drawn famous characters for hundreds of years, from political leaders, George Washington, Thomas Heyward, Jr., and John C. Calhoun, to pirates, Stede Bonnet, Blackbeard, and Anne Bonny, and the artists, writers, musicians, and architects who ushered in the Charleston Renaissance in the twentieth century.

Take a journey through Charleston’s past with a look at the talented people and inspiring events that shaped the city and surrounding region into a cultural mecca of art, music, dance, and design. Each chapter features an itinerary for a walking or driving tour to help readers celebrate the lesser-known side of Charleston’s entertaining past.

Shelia Watson: Shelia Watson is a writer, editor, and screenwriter who is blessed to be a resident of the best city in the world, Charleston, South Carolina. The pleasurable pastime she enjoys most is walking down the streets of Charleston reading every historical plaque on every building. When not visiting the nearby gardens, museums, and waterfront parks, she and her husband enjoy time gardening and spoiling their grandkids.