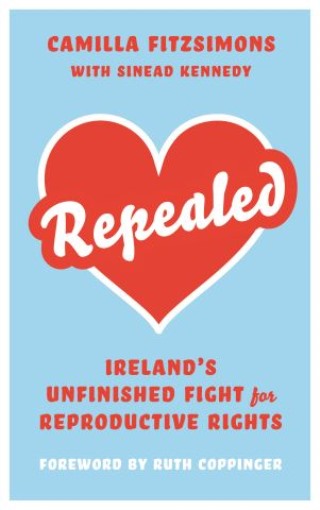 In Ireland, 2018, a constitutional ban that equated the life of a woman to the life of a fertilised embryo was overturned and abortion was finally legalised. This victory for the Irish Repeal movement set the country alight with euphoria. But, for some, the celebrations were short-lived – the new legislation turned out to be one of the most conservative in Europe. People still travel overseas for abortions and services are not yet fully commissioned in Northern Ireland.

This book traces the history of the origins of the Eighth Amendment, which was drawn up in fear of a tide of liberal reforms across Europe. It draws out the lessons learned from the groundbreaking campaign in 2018, which was the culmination of a 35-year-long reproductive rights movement and an inspiring example of modern grassroots activism. It tells the story of the ‘Repeal’ campaign through the lens of the activists who are still fighting in a movement that is only just beginning.

Camilla Fitzsimons is an activist and a member of the Dublin West Pro Choice group. She works at Maynooth University and  is the author of Community Education and Neoliberalism.