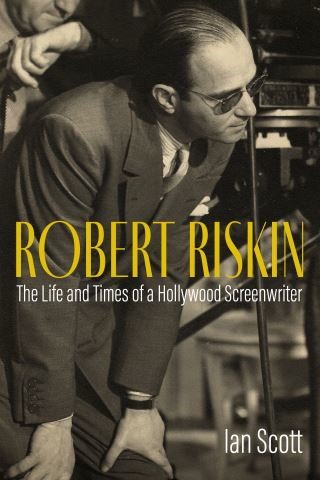 The Life and Times of a Hollywood Screenwriter

Because screenwriter Robert Riskin (1897–1955) spent most of his career collaborating with legendary Hollywood director Frank Capra, his own unique contributions to film have been largely overshadowed. With five Academy Award nominations to his credit for the monumental films Lady for a Day, Mr. Deeds Goes to Town, You Can't Take It with You, Here Comes the Groom, and It Happened One Night (for which he won an Oscar), Riskin is often imitated but rarely equaled.

Robert Riskin: The Life and Times of a Hollywood Screenwriter is the first detailed critical examination of the Hollywood pioneer's life and work. In addition to being one of the great screenwriters of the classic Hollywood era, Riskin was also a producer and director, founding his own film company and playing a crucial role in the foundation of the Screen Writers Guild. During World War II, Riskin was one of the major forces behind propaganda filmmaking. He worked in the Office of War Information and oversaw the distribution—and later, production—of films and documentaries in foreign theaters. He was interested in showing the rest of the world more than just an idealized version of America; he looked for films that emphasized the spiritual and cultural vibrancy within the United States, making charity, faith, and generosity of spirit his propaganda tools. His efforts also laid the groundwork for a system of distribution channels that would result in the dominance of American cinema in Europe in the postwar years.

Author Ian Scott provides a unique perspective on Riskin and the ways in which his brilliant, pithy style was realized in Capra's enduring films. Riskin's impact on cinema extended far beyond these films as he articulated his vision of a changing America and helped spread Hollywood cinema abroad.

Ian Scott: Ian Scott is professor of American film and history at the University of Manchester. He is the author of numerous books on American film including, American Politics in Hollywood Film, From Pinewood to Hollywood: British Filmmakers in American Cinema, and The Cinema of Oliver Stone. His work on Riskin was the subject of the award-winning documentary Projections of America.