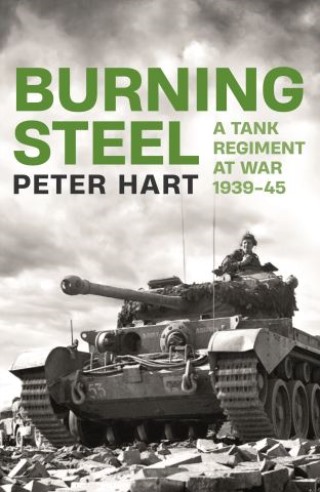 This is the story of a tank regiment: the 2nd Fife and Forfar Yeomanry in the Second World War. Raw and visceral personal recollections from the men themselves recall some of the most dramatic and horrific scenes imaginable - the sheer nerve-wracking tension of serving in highly inflammable Sherman tanks, the sudden impact of German shells, the desperate scramble to bail out, and the awful fate of those who couldn't. Even if they made it out of the tank, they were still vulnerable to being brutally cut down by German infantry.

Yet amidst these horrors, the humanity of these men shines through. And as we follow in their tracks, through letters, diaries and eye-witness accounts, they will change how we think about tank warfare forever.

Peter Hart: Peter Hart is the oral historian at the Imperial War Museum and has written several titles on the First World War. His latest books for Profile are Gallipoli, The Great War andVoices from the Front.