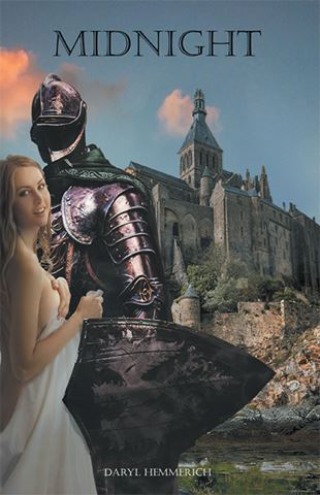 Based on the story of Cinderella and fused with the epic-style majesty of Braveheart and Camelot, Midnight is a brutal and graphic saga of romantic love and vicious revenge.

Living in medieval England, Cinderella is a beautiful and angelic young woman of eighteen, whose world is about to turn upside down. Orphaned by her mother, the equally beautiful Lady Victoria, and her father, the late great Sir Thomas Baldwin, first knight to the powerful King George, Cinderella’s welfare is now under the guardianship of Sir Baldwin’s icy fiancée, who sets out to have one of her two self-centered daughters marry the king’s dashing young son, Prince Edward.

The courageous Sir Jonathan Winston assumes the role and responsibilities of the first knight soon after Sir Baldwin’s demise. However, and unbeknown to everyone, King George; his wife, Queen Miriam; and their son, the prince, are all about to be embroiled in a terrible vendetta with the evil and violent Sir Richard Blackwell II, also known as the Black Knight.

Hell-bent on revenge over the death of his father, Sir Richard Blackwell I, committed by Cinderella’s father, and over the death of his mother, a result of the subsequent poverty they endured, the Black Knight is out to more than even the score. Not only does he want to destroy everyone even remotely connected to Sir Baldwin, he also wants nothing less than the throne of King George.

And through it all, the sweeping unrequited love of Cinderella and Prince Edward prevails at the heart of this dark opus, the saga of two people whose destinies have yet to unite.

Malevolent, chilling, and suspenseful yet alternately sweet, passionate, and vibrant, Midnight is the lush medieval epic to end all others.

Daryl Hemmerich began writing fictional stories twenty years ago, which became the foundation for his literary work, both novels and screenplays. And only just recently has he made his collection of four novels available, including Johnny Rocket, Serpentine, Treasure Hunters, and Midnight.
Admittedly, Daryl has a wild imagination that can’t be turned off, and he battles with insomnia, ultimately affording him more time writing. He is an avid swashbuckler and spends his time in California and Florida.
Recently completed screenplays available upon request
Darylhemmerich1@gmail.com
Treasure Hunters / Action Adventure
Johnny Rocket / Action Adventure
Midnight / Fantasy Adventure
Serpentine / Action Thriller