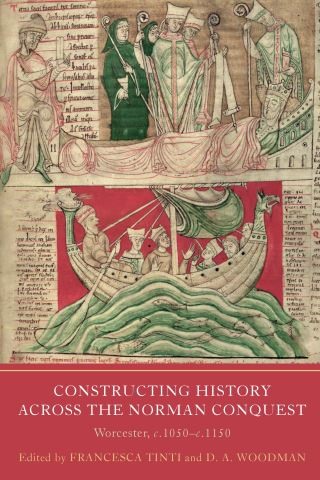 Constructing History across the Norman Conquest

From the mid-eleventh to the mid-twelfth century Worcester was a monastic community of unparalleled importance. Not only was it home to many of the most famous bishops and monks of the period, including Bishop Wulfstan II: it was also a centre of notable and ambitious scholarly production. Under Wulfstan's guidance, a number of Worcester brethren undertook historical research that resulted in the writing of such renowned texts as Hemming's Cartulary and the Worcester Chronica Chronicarum. Significantly, these historical endeavours spanned the political chasm of the Norman Conquest.
The essays collected here aim to shed new light on different aspects of the Worcester "historical workshop", whose literary ouput was, in several respects, pioneering in contemporary European scholarship. Several chapters address the different ways in which the monks organised and updated their archives of documents, both via their sequence of cartularies, with a special focus on the narrative parts of Hemming's Cartulary, and via an interesting (and previously unedited) prose account of the foundation of the see. Others focus on the famous Worcester Chronica Chronicarum, attributed both to Florence and to John, investigating the major model for its composition and structure (the work of Marianus Scotus), the stages in which it was completed, and its connections with Welsh chronicles, as well as the related and fascinating abbreviated version, written mostly in the hand of John himself, and known as the Chronicula. The volume thus elucidates how the Worcester monks navigated the period across the Conquest through the composition of different genres of texts, and how these texts shaped their own institutional memory.