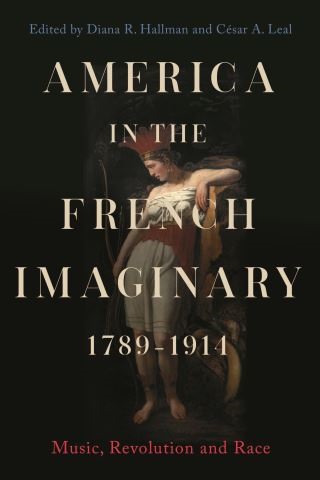 Following the American Revolution, French authors often viewed the United States as a laboratory for the forging of new practices of liberté and égalité, in affinity with France's own Revolutionary ideals but in competition with lingering anti-American depictions of an inferior, untamed New World.

The volume examines French imagining of America through musical/theatrical portrayals of the American Revolution and Republic, soundscapes of the Statue of Liberty, homages to Washington, Franklin and Lafayette and negotiations of Francophone identity in New Orleans. The subject of race features prominently in paradoxical depictions of slavery, freedom, and revolution in the United States and French Caribbean colonies of 'Amérique' and in varied interpretations of American music and gendered identity. Essays consider French constructions of the Indigenous American and Black American 'exotic' that intersect with tropes of noble, pastoral savagery, menacing barbarism and the 'civilising' potency of French culture. Such French constructions reveal both a revulsion of racial alterity and an attraction to the expressive, even subversive, freedom of Americanness. Investigations of French conceptions of America extend to critiques of American orchestral music, Gottschalk's Louisianan-Caribbean Creole works, Buffalo Bill's spectacles and the cakewalk in Paris. With scholarly contributions on music, dance, theatre and opera, the volume will be essential reading for students and scholars of these disciplines.