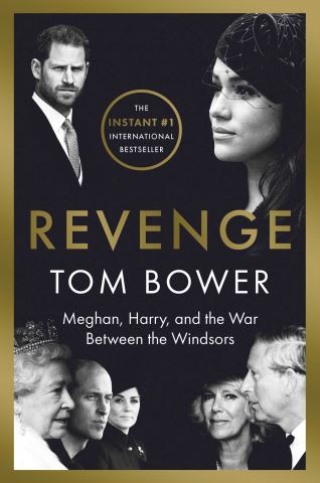 Meghan, Harry, and the War Between the Windsors

This instant #1 internationally bestselling “explosive tell-all” (Daily Express, London) reveals the inside story about Meghan Markle’s journey from minor actress and attempted activist to the woman powerful enough to drive a wedge within the British Royal Family.

After a childhood spent on Hollywood film sets, Meghan Markle fought hard for stardom. But even when she landed her breakthrough role on Suits, her dream of worldwide celebrity remained elusive until she met the man who would change her life—Prince Harry. Their whirlwind romance culminated with Meghan’s ultimate fairy tale ending: their 2018 wedding at Windsor Castle. Finally, the world was her stage.

It seemed that the dizzying success of the wedding between the new Duke and Duchess of Sussex marked the beginning of a fresh era for the British Royal Family. Yet, within one tumultuous year, the dream became a nightmare. In the aftermath of the infamous Megxit split and their Oprah Winfrey interview, the increasingly toxic relationship between the two Windsor sides seemed forever ruptured.

What does the future hold for Meghan and Harry? And can the rest of the Windsors restore their reputation?

Tom Bower: Tom Bower is the bestselling author of over twenty-five books, including Revenge, Rebel Prince, and Broken Dreams. He has been a BBC journalist and television producer and is considered Great Britain’s best investigative journalist. He lives in London with his wife.