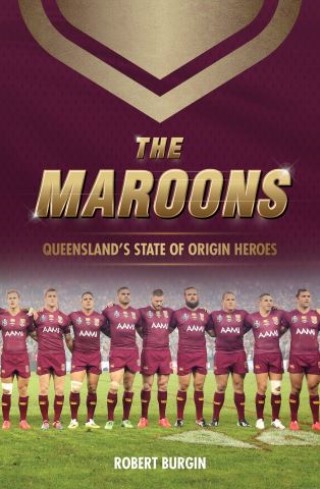 The Maroons exposes the family factors that helped forge the resolve of every player to represent Queensland in the history of State of Origin.This is more than a rugby league book. It's a book about the children of fruit pickers, butchers, military personnel; of truckers and railway workers. It's the story of kids who were told they weren't good enough. And the story of those seemingly always destined for greatness. It's about Broncos, Titans and Cowboys.It's a book about resilience, leadership, Queensland's history - both proud and shameful - and those who would stop at nothing to realise their united footy dream. Collectively, the stories explain why the northern state has held an edge over its bitter southern rival.

Robert Burgin: Robert Burgin is a Queenslander and a lifelong rugby league tragic. Rob played 'The Greatest Game of All' in Queensland for 30 years, from the age he was 10 until 40.For 20 years he was the Queensland contributor for the world's largest-selling rugby league magazine, Rugby League Week.Robert was the media manager for Queensland Rugby League for four years and later the lead digital producer for QRL.com.au, providing him a close relationship with many former and current State of Origin players.