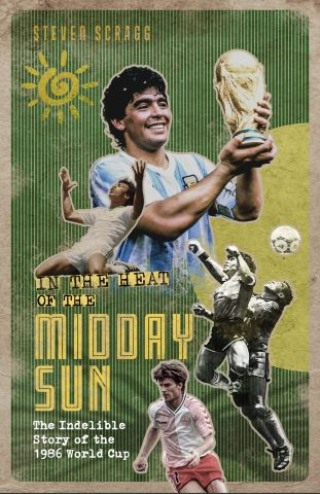 In the Heat of the Midday Sun

The Indelible Story of the 1986 World Cup

In the Heat of the Midday Sun is a love letter to the 1986 World Cup. A tournament viewed via the shimmering satellite images of an age before the dawn of high-definition coverage - which was introduced four years later, at Italia '90 - it was the last World Cup where the commentaries sounded like they were broadcast from the surface of the moon. Mexico took on the tournament after Colombia failed to deliver on their host candidature, relinquishing the rights in 1983. With a devastating Mexico City earthquake just eight months before the big kick-off, it was a miracle that the Estadio Azteca was still able to be the venue of Diego Maradona's greatest and most infamous hours. As well as Argentina's most gifted son, Mexico '86 was blessed by the presence of S&#243;crates, Platini, Francescoli, Butrague&#241;o, Belanov and Elkj&#230;r to name but a few of the icons on display. This is the story of an evocative World Cup that seemed to be held together by Sellotape.