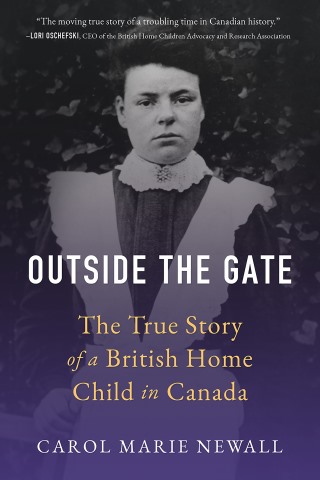 The True Story of a British Home Child in Canada

Between 1869 and 1948, Britain sent more than 100,000 "home children " to Canada to work as indentured farmers and domestics. They were promised a bright future in the land of opportunity, and some managed to make a good life, but many were abused, neglected, and reviled by those who took them in. Although most still had families back home, reunification was discouraged. One of those children was Winnie Cooper. Born in Scarborough, Yorkshire in 1908, she was sent at age twelve to Barnardo's Village Home for Girls near London. Three years later, Winnie was shipped off to a farm in rural Ontario. Nothing back in England had prepared her for working the rough land in Canada, but despite the long days, isolation, and bitterly cold winters, Winnie's natural wit and cheery disposition helped her find love and friendship. Yet she always dreamed of returning to her mother in Yorkshire. The story, told by her granddaughter, author Carol Marie Newall, is a family saga of love and loss, pain and joy as Winnie struggled to find her place in a young inhospitable country. It's also a revealing portrayal of a troubling chapter in Canadian and British history.

Carol Newall: Carol Marie Newall lives in the Muskoka Lakes district north of Toronto with her husband and granddaughter. Her surprise discovery of a family secret inspired a long-term quest to learn about the British Child Migration to Canada, a little-known program that sent more than one hundred thousand home children abroad to work as indentured farmers and domestics. Carol graduated from the Toronto Metropolitan University School of Business. This is her first book.