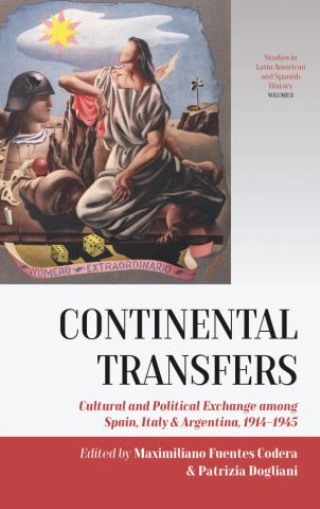 Cultural and Political Exchange among Spain, Italy and Argentina, 1914-1945

Despite being separated by thousands of miles and shaped by distinctive national histories, the countries of Spain, Italy, and Argentina were intertwined in a variety of ways during the first half of the twentieth century. This collection brings scholars from each nation into conversation with one another to trace these complex historical connections over the period of the two World Wars. Deploying “Latinity” as a novel analytical framework, it gives a broad and dynamic perspective on cases of reciprocal exchange that include the influence of Italian Socialism on Hispanophone leftists; the roots of Argentine liberalism in Machiavelli and Spanish Nationalist thinkers; and the web of connections among Italian Fascism, Argentine Nacionalismo, and Spanish Francoism.