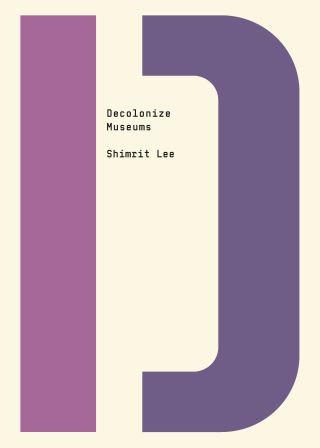 Behold the sleazy logic of museums: plunder dressed up as charity, conservation, and care.

The idealized Western museum, as typified by the Metropolitan Museum of Art, the British Museum, and the Museum of Natural History, has remained much the same for over a century: a uniquely rarified public space of cool stone, providing an experience of leisure and education for the general public while carefully tending fragile artifacts from distant lands. As questions about representation and ethics have increasingly arisen, these institutions have proclaimed their interest in diversity and responsible conservation, asserting both their adaptability and their immovably essential role in a flourishing and culturally rich society.

With Decolonize Museums, Shimrit Lee punctures this fantasy, tracing the essentially colonial origins of the concept of the museum. White Europeans’ atrocities were reimagined through narratives of benign curiosity and abundant respect for the occupied or annihilated culture, and these racist narratives, Lee argues, remain integral to the authority exercised by museums today. Citing pop culture references from Indiana Jones to Black Panther, and highlighting crucial activist campaigns and legal action to redress the harms perpetrated by museums and their proxies, Decolonize Museums argues that we must face a dismantling of these seemingly eternal edifices, and consider what, if anything, might take their place.

Shimrit Lee is a writer, curator, and educator. Her research lies at the intersection of visual and cultural studies, postcolonial theory, and critical security studies. Her essays and reviews have been published in a number of cultural journals and art magazines. She completed her PhD in the Department of Middle Eastern and Islamic Studies at NYU in 2019, and currently teaches at the Brooklyn Institute for Social Research.

Bhakti Shringarpure is editor-in-chief of Warscapes magazine. She is the author of Cold War Assemblages: Decolonization to Digital and co-editor of the forthcoming Insurgent Feminisms: Women Write War. She has written for The Guardian, The Los Angeles Review of Books, and Africa is a Country, among other places.