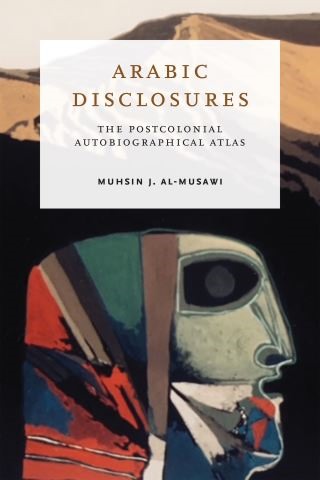 In Arabic Disclosures Muhsin J. al-Musawi investigates the genre of autobiography within the modern tradition of Arabic literary writing from the early 1920s to the present. Al-Musawi notes in the introduction that the purpose of this work is not to survey the entirety of autobiographical writing in modern Arabic but rather to apply a rigorously identified set of characteristics and approaches culled from a variety of theoretical studies of the genre to a particular set of autobiographical works in Arabic, selected for their different methodologies, varying historical contexts within which they were conceived and written, and the equally varied lives experienced by the authors involved.

The book begins in the larger context of autobiographical space, where the theories of Bourdieu, Bachelard, Bakhtin, and Lefebvre are laid out, and then considers the multiple ways in which a postcolonial awareness of space has impacted the writings of many of the authors whose works are examined. Organized chronologically, al-Musawi begins with the earliest modern example of autobiographical work in Ṭāhā Ḥusayn’s book, translated into English as The Stream of Days. Al-Musawi studies some of the major pioneers in the development of modern Arabic thought and literary expression: Jurjī Zaydān, Mīkḫāˀīl Nuˁaymah, Aḥmad Amīn, Salāmah Mūsā, Sayyid Quṭb, and untranslated works by the prominent critic and scholar Ḥammādī Ṣammūd, the novelist ʿĀliah Mamdūḥ, and others. He also examines the autobiographies of a number of women, including Nawāl al-Saʿdāwī and Fadwā Ṭūqān, and fiction writers. The book draws a map of Arab thought and culture in its multiple engagements with other cultures and will be useful for scholars and students of comparative literature, Arabic studies, and Middle Eastern studies, intellectual thought, and history.

Muhsin J. al-Musawi is professor of classical and modern Arabic literature, and comparative and cultural studies at Columbia University. He is the author of many books in English and Arabic, including The Medieval Islamic Republic of Letters: Arabic Knowledge Construction (University of Notre Dame Press, 2015).