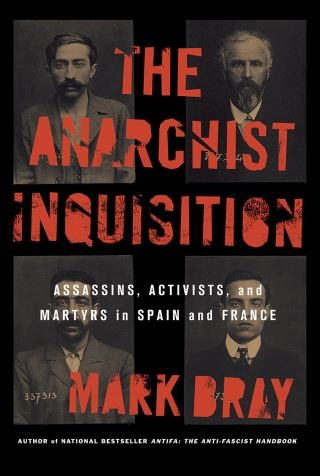 Assassins, Activists, and Martyrs in Spain and France

The Anarchist Inquisition explores the groundbreaking transnational human rights campaigns that emerged in response to a brutal wave of repression unleashed by the Spanish state to quash anarchist activities at the turn of the twentieth century. Mark Bray guides readers through this tumultuous era—from backroom meetings in Paris and torture chambers in Barcelona, to international antiterrorist conferences in Rome and human rights demonstrations in Buenos Aires.

Anarchist bombings in theaters and cafes in the 1890s provoked mass arrests, the passage of harsh anti-anarchist laws, and executions in France and Spain. Yet, far from a marginal phenomenon, this first international terrorist threat had profound ramifications for the broader development of human rights, as well as modern global policing, and international legislation on extradition and migration. A transnational network of journalists, lawyers, union activists, anarchists, and other dissidents related peninsular torture to Spain's brutal suppression of colonial revolts in Cuba and the Philippines to craft a nascent human rights movement against the "revival of the Inquisition." Ultimately their efforts compelled the monarchy to accede in the face of unprecedented global criticism.

Bray draws a vivid picture of the assassins, activists, torturers, and martyrs whose struggles set the stage for a previously unexamined era of human rights mobilization. Rather than assuming that human rights struggles and "terrorism" are inherently contradictory forces, The Anarchist Inquisition analyzes how these two modern political phenomena worked in tandem to constitute dynamic campaigns against Spanish atrocities.

Mark Bray is a historian of human rights at Rutgers University. He is the author of the nationally bestselling Antifa and Translating Anarchy. Follow him on Twitter @Mark__Bray.