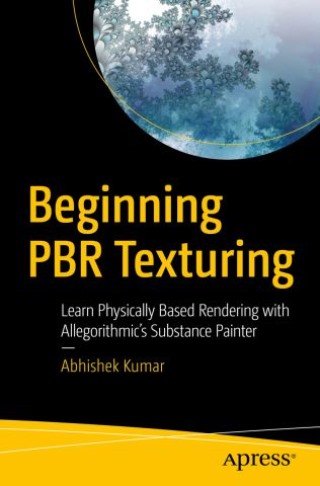 Delve into the concepts of physically based rendering (PBR) using Allegorithmic’s Substance Painter. This book covers the integration of PBR textures with various 3D modeling and rendering packages as well as with the Unreal Engine 4 game engine.

Beginning PBR Texturing covers all aspects of the software and guides you in implementing its incredible possibilities, including using materials, masks, and baking. Integration with both internal and popular external rendering engines is covered.

This book teaches you the skills you need to use the texturing tool that is recognized by studios worldwide. You will know tips and tricks to implement the pipeline and speed up your workflow.

Beginners in the fields of 3D animation, computer graphics, and game technology

Dr. Abhishek Kumar is Assistant Professor in the Department of Computer Science at the Institute of Science at Banaras Hindu University. He is an Apple Certified Associate, Adobe Education Trainer, and certified by Autodesk. He is actively involved in course development in animation and design engineering courses for various institutions and universities as they will be a future industry requirement.