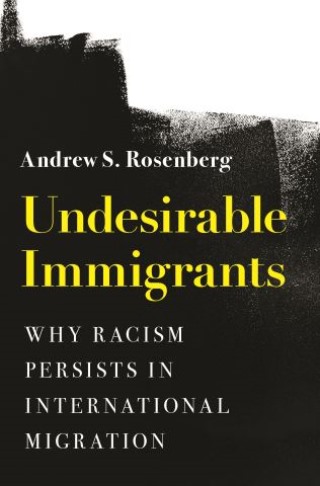 Why Racism Persists in International Migration

How the racist legacy of colonialism shapes global migration

The Immigration and Nationality Act of 1965 officially ended the explicit prejudice in American immigration policy that began with the 1790 restriction on naturalization to free White persons of “good character.” By the 1980s, the rest of the Anglo-European world had followed suit, purging discriminatory language from their immigration laws and achieving what many believe to be a colorblind international system. Undesirable Immigrants challenges this notion, revealing how racial inequality persists in global migration despite the end of formally racist laws.

In this eye-opening book, Andrew Rosenberg argues that while today’s leaders claim that their policies are objective and seek only to restrict obviously dangerous migrants, these policies are still correlated with race. He traces how colonialism and White supremacy catalyzed violence and sabotaged institutions around the world, and how this historical legacy has produced migrants that the former imperial powers and their allies now deem unfit to enter. Rosenberg shows how postcolonial states remain embedded in a Western culture that requires them to continuously perform their statehood, and how the closing and policing of international borders has become an important symbol of sovereignty, one that imposes harsher restrictions on non-White migrants.

Drawing on a wealth of original quantitative evidence, Undesirable Immigrants demonstrates that we cannot address the challenges of international migration without coming to terms with the brutal history of colonialism.