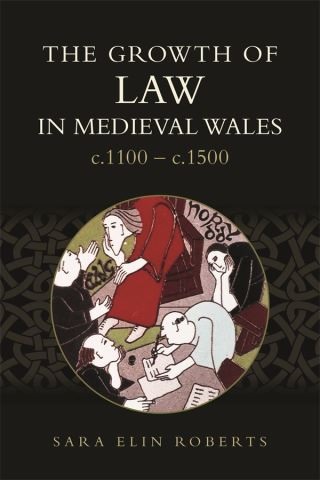 The Middle Ages in Wales were turbulent, with society and culture in constant flux. Edward I of England's 1282 conquest brought with it major changes to society, governance, power and identity, and thereby to the traditional system of the law. Despite this, in the post-conquest period the development of law in Wales and the March flourished, and many manuscripts and lawbooks were created to meet the needs of those who practised law.
This study, the first to fully reappraise the entire corpus of law manuscripts since Aneurin Owen's seminal 1841 edition, begins by considering the background to the creation of the law from the earliest period, particularly from c.1100 onwards, before turning to the "golden age" of lawmaking in thirteenth-century Gwynedd. The nature of the law in south Wales is also examined in full, with a particular focus on later developments, including the different use of legal texts in that region and its fourteenth- and fifteenth-century manuscripts. The author approaches medieval Welsh law, its practice, texts and redactions, in their own contexts, rather than through the lens of later historiography. In particular, she shows that much manuscript material previously considered "additional" or "anomalous" in fact incorporates new legal material and texts written for a particular purpose: thanks to their flexible accommodation of change, adjustment and addition, Welsh lawbooks were not just shaped by, but indeed shaped, medieval Welsh law.

Sara Elin Roberts: Sara Elin Roberts is a historian specialising in the law, literature and culture of Wales and the March from the twelfth to the fifteenth centuries. She has been working on medieval Welsh lawbooks for more than two decades.