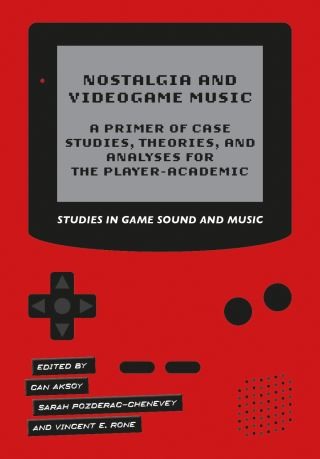 A Primer of Case Studies, Theories, and Analyses for the Player-Academic

Informed by research on musicology and memory as well as practices of gaming culture the edited volume discusses different forms of nostalgia, how video games display their relation to those and in what ways theoretically self-conscious positions can be found in games. The perspectives of the new discipline ludmusicology provide the broader framework for this project.

This significant new book focuses on an important topic that has not been sufficiently addressed in the field and is clear in its contribution to ludomusicology.

An important scholarly addition to the field of ludomusicology, with potential appeal to undergraduate and graduate scholars in many related fields due to its inherent interdisciplinarity, including musicology more broadly, game studies and games design, film studies, as well as cultural and media studies. It could also appeal to practitioners, particularly those nostalgic and self-reflexive artists who already engage in nostalgic practice (chiptune musicians, for instance). Also to those researching and studying in the fields of memory studies and cultural studies.