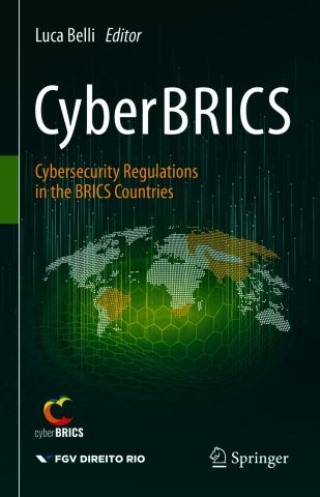 Cybersecurity Regulations in the BRICS Countries

This book stems from the CyberBRICS project, which is the first major attempt to produce a comparative analysis of Internet regulations in the BRICS countries – namely, Brazil, Russia, India, China, and South Africa. The project has three main objectives: 1) to map existing regulations; 2) to identify best practices; and 3) to develop policy recommendations in the various areas that compose cybersecurity governance, with a particular focus on the strategies adopted by the BRICS countries to date. Each study covers five essential dimensions of cybersecurity: data protection, consumer protection, cybercrime, the preservation of public order, and cyberdefense.
The BRICS countries were selected not only for their size and growing economic and geopolitical relevance but also because, over the next decade, projected Internet growth is expected to occur predominantly in these countries. Consequently, the technology, policy and governance arrangements defined by the BRICS countries are likely to impact not only the 3.2 billion people living in them, but also the individuals and businesses that choose to utilize increasingly popular applications and services developed in BRICS countries according to BRICS standards.
Researchers, regulators, start-up innovators and other Internet stakeholders will find this book a valuable guide to the inner workings of key cyber policies in this rapidly growing region.