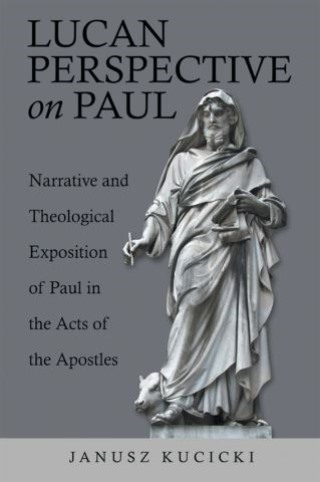 Despite all scientific doubts regarding Acts, Luke’s writing was and still is an extremely important source for understanding the man who contributed the most (directly or indirectly) to the canon of the New Testament. Luke is the first (known to us) person who recognized the importance of Paul’s life and his mission activities, as well as Paul’s innovative interpretation of the whole Jewish tradition (that can be compared only with Copernicus’ statement) that resulted in a totally new concept of the relationship between mankind and God, where the center of the relationship is Jesus of Nazareth, the Resurrected Messiah for both Jews and Gentiles. Although Luke “did not save Paul for us” because Paul produced many writings on his own, he did however give us a very important look at Paul that balanced the rejection of Paul as the Jewish teacher with his indispensable contribution to transferring the Jewish concept of God into the Hellenistic religions’ systems. Without the Acts of the Apostles, we would have to create a picture of Paul based on his writings, which is quite a challenging task. If the letters of Paul gave us some accounts about Paul’s attitude and thoughts in particular situations, then Luke’s Acts supplies this particular perspective with a deeper evaluation of Paul by a second witness. Luke definitely wants to present to the reader(s) “his Paul”, who does not necessarily have to be unlike “the historical Paul”.

Janusz Kucicki, Ph.D. (2008), is Professor at Nanzan University in Nagoya, Japan. He has published two monographs “Eschatologia of Thessalonians Correspondence” (2014) and “The Function of the Speeches in the Acts of the Apostles” (2018). He is the author of 40 articles mostly concerning Paul’s letters, but also the writings of Josephus and the Gospels.